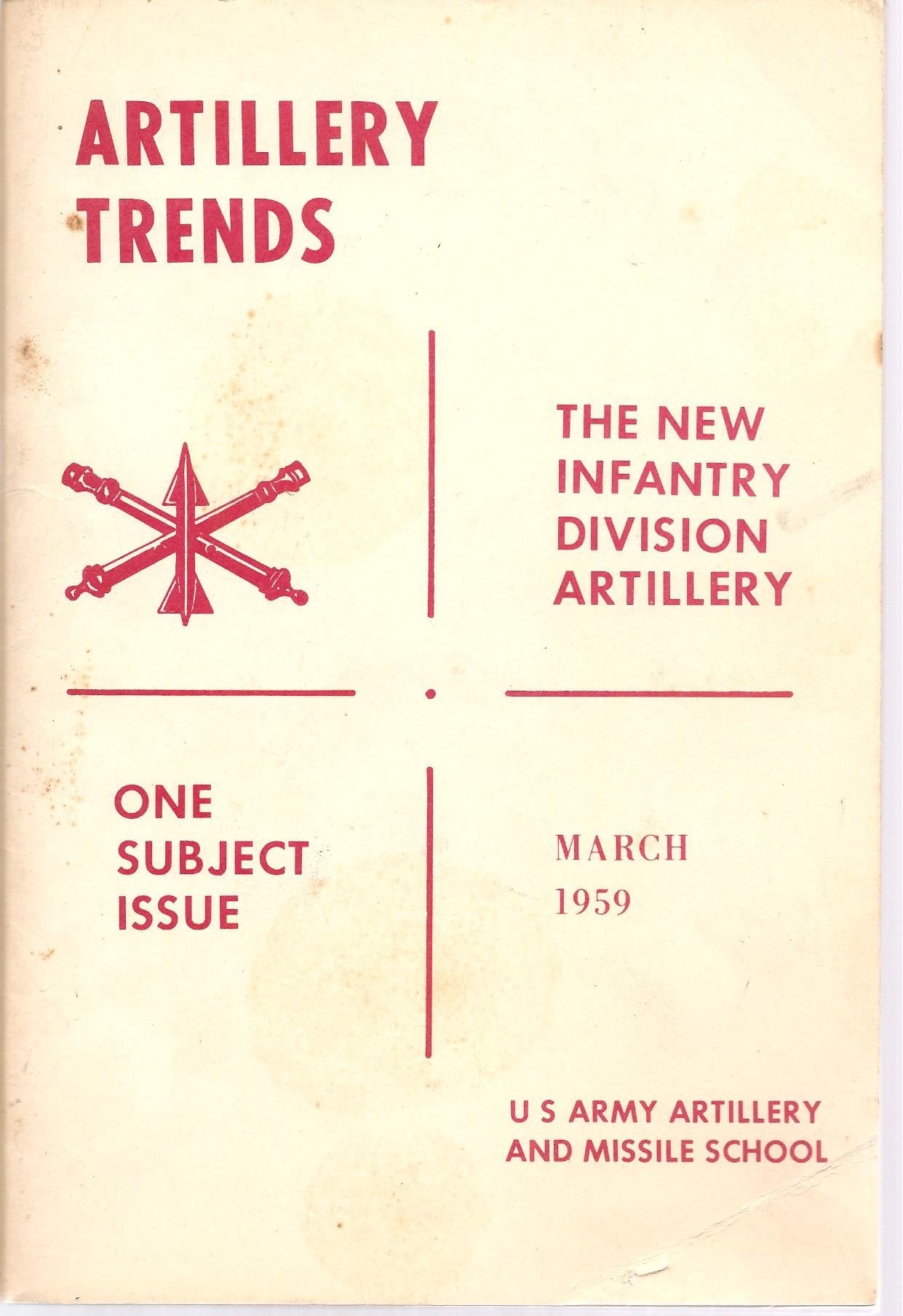 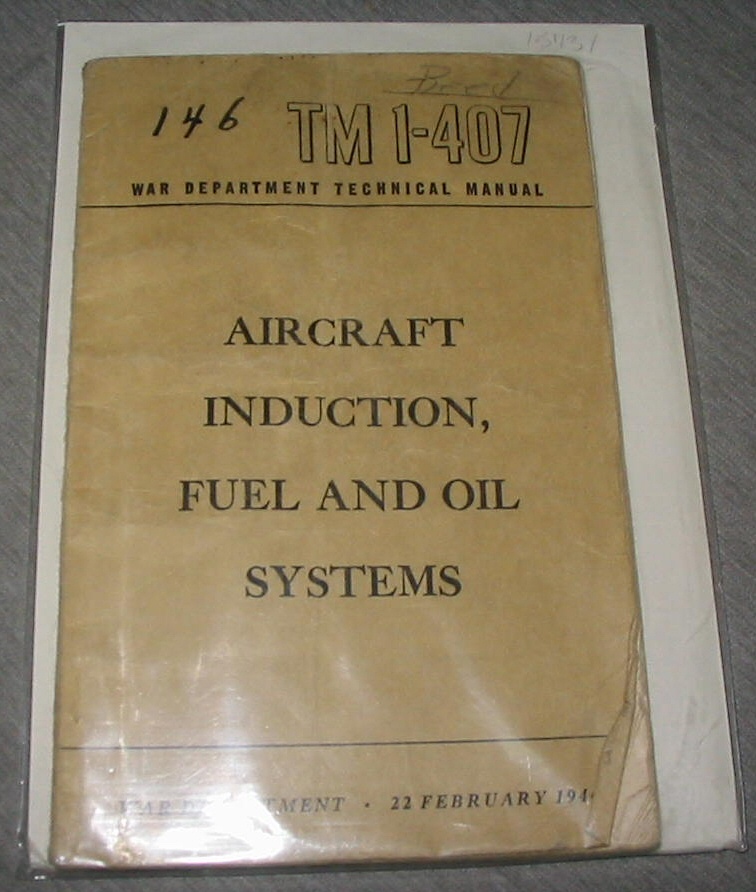 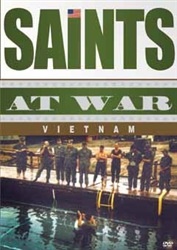 Brand New DVD. ; It was a dark time in the history of America. For more than twenty years our nation’s finest fought to preserve the liberty and freedom of the South Vietnamese people. Despite their ultimate defeat in Vietnam, these soldiers’ suffering and sacrifice were not wasted. Many of the Vietnamese were brought to know the gospel of Jesus Christ through the work of Latter-day Saints serving in the conflict. These soldier Saints would also deepen their own faith while passing through trial and tribulation.Remember the sacrifice of Larry Chesley, a prisoner of war for more than six ye...
View More... 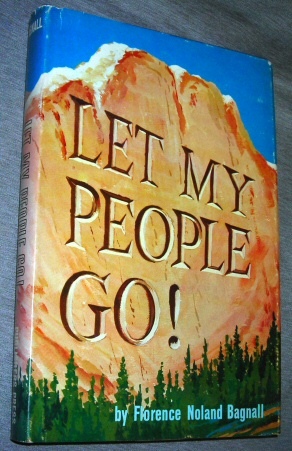 Blue and peach DJ and spine. DJ is slightly rubbed and edge worn. ; As Germany's World War II armies extended their ugly dominion, Yugoslavia came under their cruel heel. Overrun but not defeated, the Serbs raised their flag of defiance and thousands flocked to it's cause. THe Chetniks, as they were called, epitomized the hope and courage of a people determined to hurl the invader out. THe man who inspired this dedicated army was its great leader, the official appointee of the government-in-exile, General Draza Mihailovish. He is not now alive to tell his story, since with almost all of ...
View More... 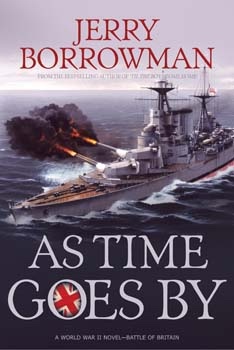 AS TIME GOES BY

Cover has slight edge and corner wear. ; As German bombs fall over London and England is drawn into war, members of the Carlyle family are forced to make choices that will deeply affect their livesand the lives of thousands of others. Family patriarch Philip, a member of the House of Lords and a confidant of Winston Churchill, has been struggling for the esteem of his peers since joining the LDS Church. As he slowly gains acceptance, little does Philip realize there is someone very close to him who would like to see him destroyedeven if it means takingthe entire country down with him. As the C...
View More... 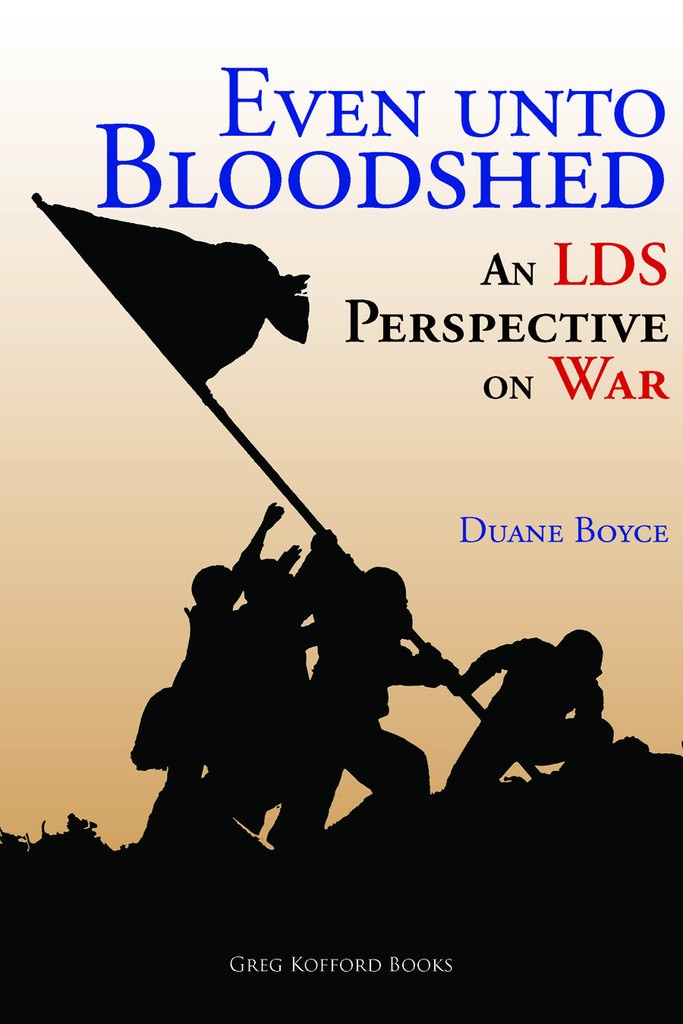 ; When carefully examined, both secular and scriptural arguments for pacifism ultimately fail. Once such pacifist arguments are considered, rebutted, and respectfully set aside, it is possible to construct a sound framework for a scriptural view of war, at least in general terms. Such a framework is not pacifist, but it is anything but aggressive, and includes the quality of heartnot to mention, the wisdomexpected of all disciples of Christ, whatever their task or circumstance. It was not an anomaly when the Lord instructed the Nephites to defend their families even unto bloodshed; comprehensi...
View More...

Cover has some light edge and corner wear. ; Riveting and faith-promoting, Supersonic Saints is a collection of more than 15 true stories of LDS pilots who felt the hand of the Lord in their lives when they needed it most. Many of these pilots are still active in the United States Armed Forces. All of them are alive and active members of The Church of Jesus Christ of Latter-day Saints. ; 6.25" x 9.25"; 177 pages; 1590387473
View More... 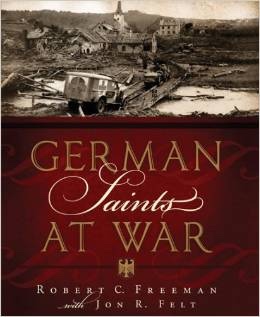 Brand New! LDS Non-Fiction/Historical/WWII (LDS Books) ; During World War II, thousands of young Latter-day Saints became soldiers to fight for their countries. When the Saints at War project started in the year 2000, Directors Robert Freeman and Dennis Wright began their research by focusing on understanding the experiences these Latter-day Saints had during the war. It soon became evident, however, that the story of the war was more involved than just retelling the American experience.
For Latter-day Saints, the story of World War II also involved the powerful experiences endured by Ch...
View More... 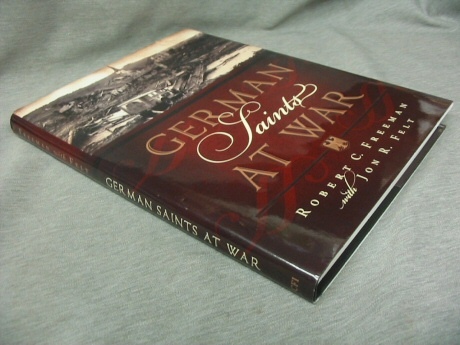 Cover has some light edge and corner wear. ; During World War II, thousands of young Latter-day Saints became soldiers to fight for their countries. When the Saints at War project started in the year 2000, Directors Robert Freeman and Dennis Wright began their research by focusing on understanding the experiences these Latter-day Saints had during the war. It soon became evident, however, that the story of the war was more involved than just retelling the American experience.
For Latter-day Saints, the story of World War II also involved the powerful experiences endured by Church members...
View More... 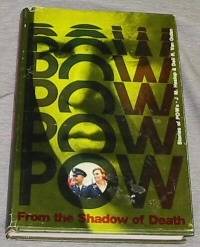 From the Shadow of Death - STORIES OF POW'S

; Green hard cover with POW written 5 times on cover. Black and white photos. Eight LDS / Mormon men were interviewed for this book It is replete with warm and wonderful faith promoting stories, stories of miracles, courage, prayers being answered and of trial that have tested the faith both prisoners and their families. 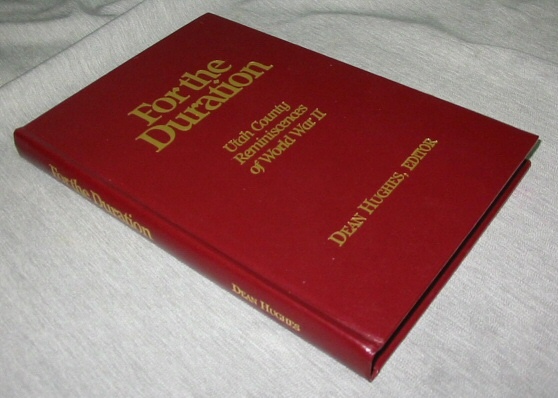 For the Duration - Utah County Reminiscences of World War II 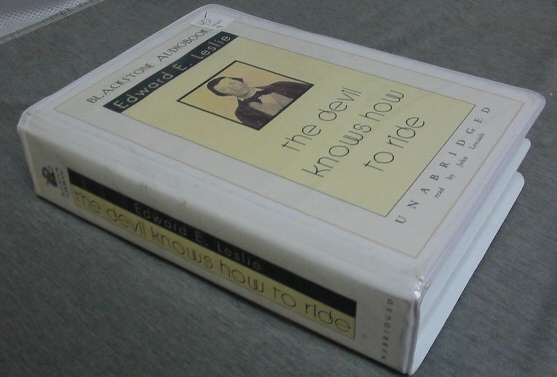 Has thirteen tapes inside. Case in good condition. Has some very small scuffs, but otherwise good condition. ; William Clarke Quantrill was quite possibly the most dangerous man to fight in the Civil War. The leader of an almost psychopathic band of guerrilla warriors, Quantrill participated as a Confederate in a deadly border war between Southern sympathizers in Missouri and the Unionist Jayhawks of Kansas. He was largely responsible for the 1863 massacre of nearly 200 unresisting men and boys in Lawrence, Kansas, as well as dozens of other brutal acts that today would be called terrorism. ...
View More... 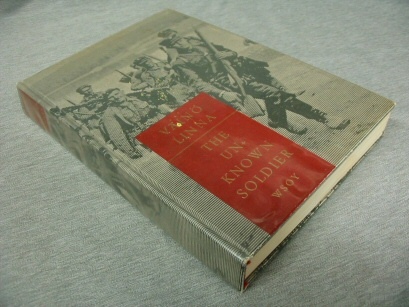 The Unknown Soldier, a Novel

Publisher: Department of the Interior: Bureau of Mines: 1946

Cover has some light edge and corner wear. Stapled binding. Yellow stain on the back of the book. But overall in good condition. ; Reports taken in the early 1940's. Includes charts, pictures, and descriptions of the events that happened. ; 8" x 10.5"; 15 pages
View More... 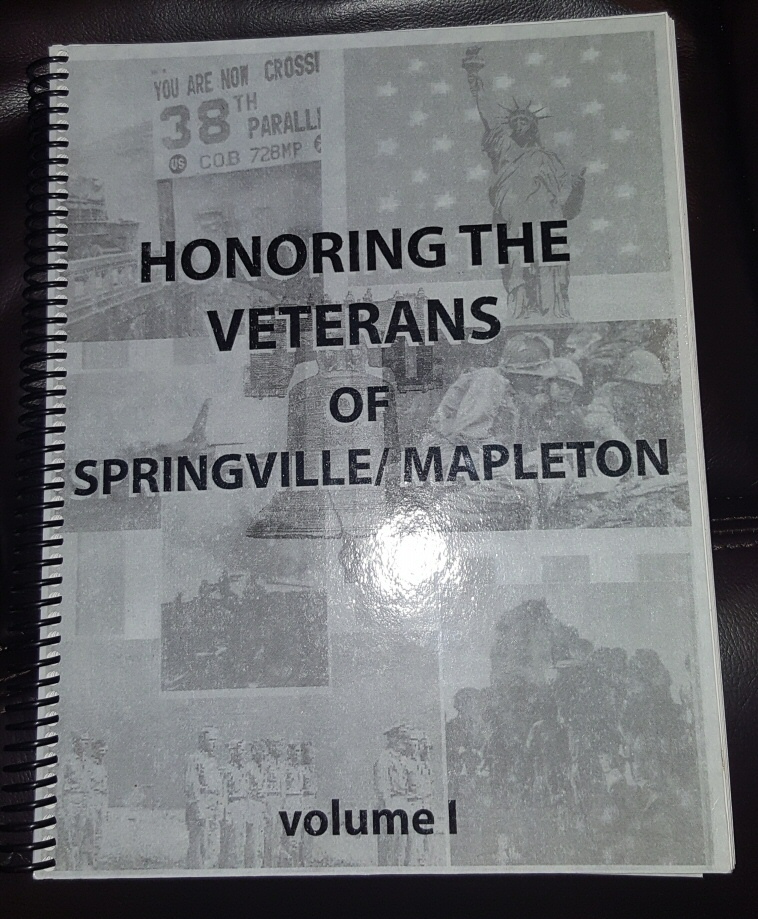 By: Miller, Maureen and her Students (Springville High School)

; Individual stories from Local Servicemen who served in the US military from Springville or Mapleton, Utah. Veterans from WWII, Korean War and the Vietnam war are included.

About 125 vets tell there story. 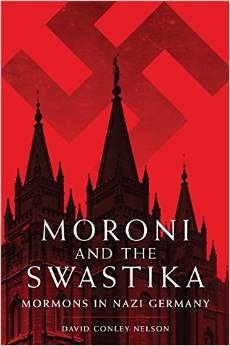 Moroni and the Swastika: Mormons in Nazi Germany

Brand new hardcover book! ; While Adolf Hitlers National Socialist government was persecuting Jews and Jehovahs Witnesses and driving forty-two small German religious sects underground, the Church of Jesus Christ of Latter-day Saints continued to practice unhindered. How some fourteen thousand Mormons not only survived but thrived in Nazi Germany is a story little known, rarely told, and occasionally rewritten within the confines of the Churchs historyfor good reason, as we see in David Conley Nelsons Moroni and the Swastika. A page-turning historical narrative, this book is the first full a...
View More... 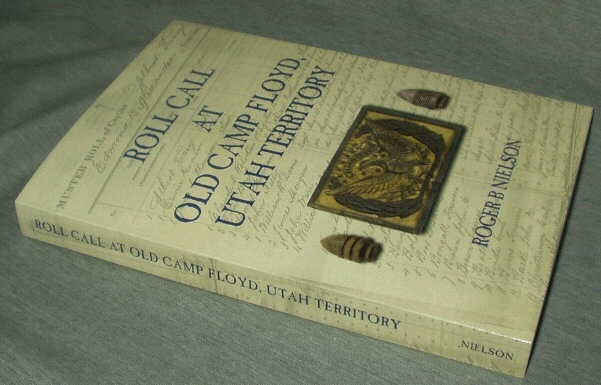 By: Nielson, Roger B.

Publisher: Self Published By the Author: 2006

Cover has some light edge and corner wear. Pages tight and clean, like new condition. Signed and inscribed by author inside front cover.; * On June 26 1858 the Utah Army, as sent by President Buchanan to suppress the Mormon Rebellion, marched thru the nearly deserted streets of Salt Lake City. This portion of their route is well known in history. What isn't well known is the Army's whereabouts for the next several months. Most assume they marched directly from their Camp on the Jordan River (west of Salt Lake City) into Cedar Valley and established Camp Floyd. They didn't. A portion of this s...
View More... 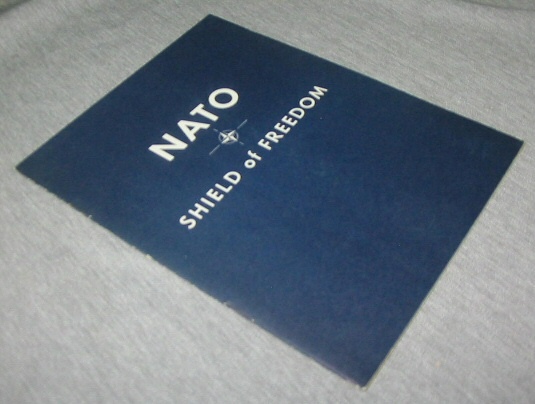 Blue soft cover is very slightly edge worn. Overall very good condition. Interior is tight and clean with black and white photos throughout. ; Discusses many topics such as "What is NATO - and Why?", "Why the U.S. Needs Europe", "How NATO works", "The Forging Of The Sheild", "NATO's Atomic Power", "Non-military Cooperation", and "The Future of NATO" and includes many pictures along with descriptions. ; 5.5" x 7"; Unpaginated pages
View More... 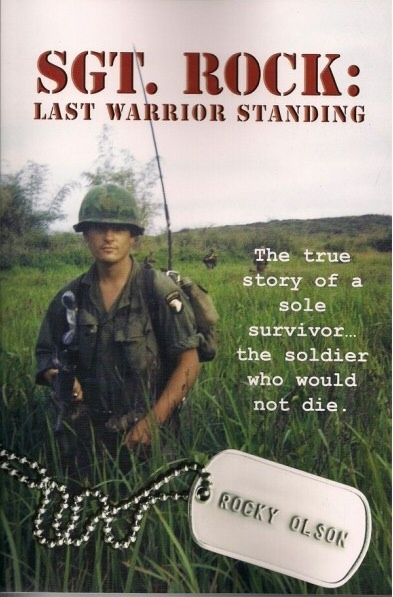 Sgt. Rock - Last Warrior Standing - The True Story of a Sole Survivor, The Soldier who would not Die.

Brand new softcover book! ; It was the apex of the conflict in Vietnam. Hundreds of American soldiers were being killed every week in that war ravaged country. Rocky Olson, a newly trained and indoctrinated American infantryman, was sent as a combat replacement into that maelstrom of politics, suffering, and death. He was given an "experienced" M-16, and was provided with endless opportunities to force "Sir Charles" to give his last full measure of devotion to the communist cause. 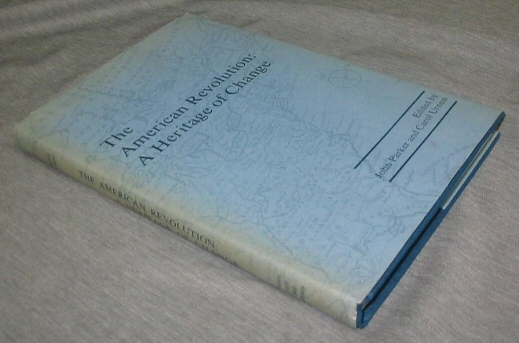 The American Revolution - A Heritage of Change