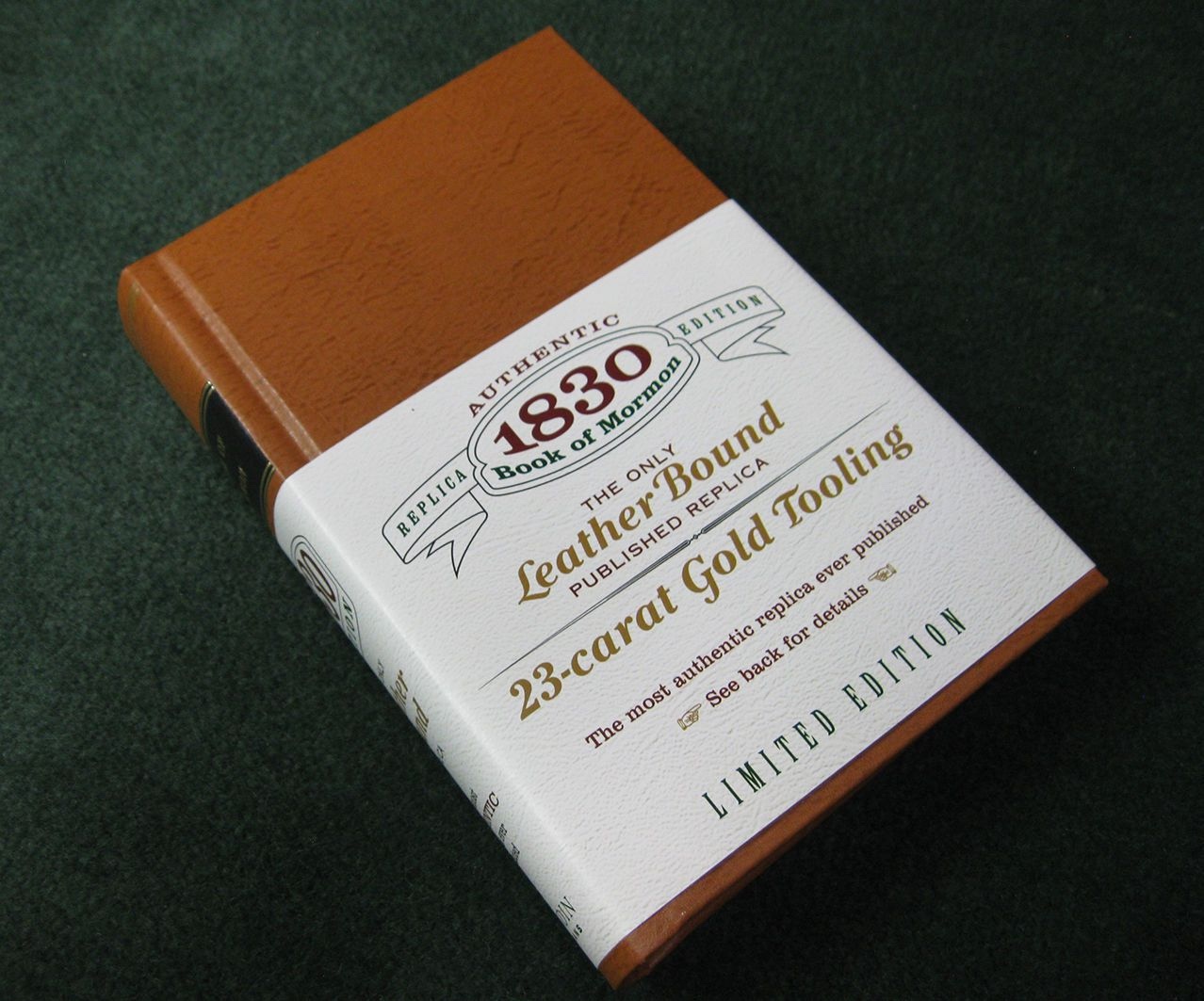 (the ONLY Leather Bound replica; and the most accurate version sold)

This is the ONLY Leather Bound replica. Released by the best replica company - Stratford Books - this version is created by Grandin Artisans and is the most detailed, accurate REPLICA ever produced. Unless you pay hundreds of dollars for hand-made recreations.

; Book of Mormon: 1830 Replica (the ONLY Leather Bound replica; and the most accurate version sold)

"This is the ONLY leather bound replica, among all affordable 1830 replicas still in print," says book conservator and historian Steve Rasmussen.

"It's spot on - the Rolls Royce of 1830 replicas," adds Rasmussen. He backs his assessment with years of repairing antique books and other bookbinding skills.

Utah book artisan Steve Blake concurs: "In my opinion, Stratford Books has produced the most accurate replica of the 1830 Book of Mormon in contemporary times, including the paper, ink, font, size, boards, cover, spine accuracy - everything."

What is the story behind this replica?

To launch it, Stratford Books used a research team to "dissect" five 1830 originals, using a digital micrometer to measure all aspects of the book's manufacturing details, accurate to within 20/100,000th of an inch. From there the team sought out the most authentic materials.

The pages of this and most replicas have been digitally reproduced at actual size and print quality from the first edition published at the E. B. Grandin Building in Palmyra, New York, preserving the content of the book exactly. But this replica takes it SEVERAL STEPS FURTHER: "It's the only one to accurately recreate the fascinating CONSTRUCTION of the original First Edition, including the leather cover," states Rasmussen.

"You would have to pay hundreds of dollars for a hand-made recreation to get any closer," he adds.

From restoring a number of 1830 Book of Mormon originals, Rasmussen points out 7 crucial features, which ONLY this affordable replica has:

(1.)LEATHER COVER. He says this new replica is the first he has seen with the leather cover to almost match the original 1830 edition when it was published. (He adds that over theyears, 1830 originals became darker with age, as we see them today.)

(At tremendous expense, each of the four Stratford Books' editions since 2005, all bound in bonded leather, have made improvements to the cover, binding, and materials of the previous editions, inadvertently turning them into collectibles. Some that once sold for under $39 now sell for over $900. [Search the internet to see.])

In the spring of 2017 real bonded leather was custom-made in Italy to obtain the most accurate color yet produced of the original leather.

(2.) CORRECTLY SEWN BINDING - Most current replicas are only glued, not sewn, but while this one is glued for extra strength, it is the ONLY one sewn correctly - according to Rasmussen, who has even restored an original signed by Joseph Smith, whose signature was authenticated.

(3.) 16 PAGE "SIGNATURES" - Only this version has genuine 16 page signatures (groups of pages), like the 1830 original. All other affordable replicas and nearly all modern books use 32 page signatures that are much cheaper to make.

(4.) ALL TEXT CORRECTLY PLACED - Not all replicas position all the text correctlly on the pages, but this one does.

(5.) CORRECT NUMBER OF "END SHEETS" (the blank sheets in front and back). This is the only replica with the correct count. Some original 1830 copies today have less blank "end sheets" than others, but those original copies were all published with the same number. Many readers in the 1800s tore out these blank pages to use for notetaking and writng letters, as paper was scarce.

(6.) MOST ACCURATE SPINE ARTWORK - This edition accurately replicates the black spine label of the original. Noteworthy, the size, spacing and thickness of letters and gold lines on the spine varied among copies of the 1830 edition; nevertheless, this replica recreates them according to most of the original copies analysed by the artisans, and also uses the correct shade of gold.

(7.) MOST ACCURATE PAPER - This replica comes closest to the correct color, pH, opacity, and thickness. In fact, it measures to within 1/300th of an inch for the entire 592 page text block!

"Stratford's wood-based paper, with its fine, long fibers made from the Kraft process, comes closest to the original, cotton-based paper with its similar, albeit longer fibers - especially compared to the more often-used, 'groundwood' paper with its short fibers found in most books and replicas today. ('Groundwood' also has acid-producing lignan that weakens it)."Kudos to Stratford for using the best type of paper for all its editions - building accuracy, strength, and durability into its editions, and especially now for providing the most accurate thickness of any affordable replica ever created!"The cost for this type of paper, stitching, binding, and cover far exceeds the average book - including replicas. In fact the retail price could be triple of what the publisher is charging, based on the cost of production. However, the publisher is committed to getting this remarkable work of history into as many hands as possible.

Experience the First Edition as the early Mormon converts did - with this beautiful, accurate, Leather Bound replica from Grandin Artisans and Stratford Books! 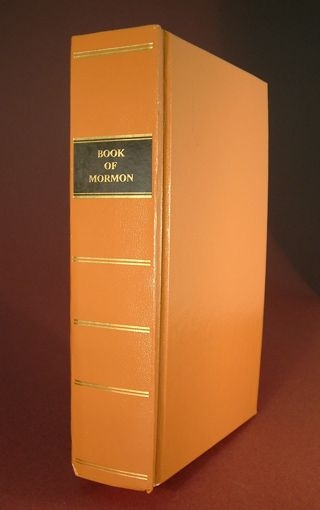 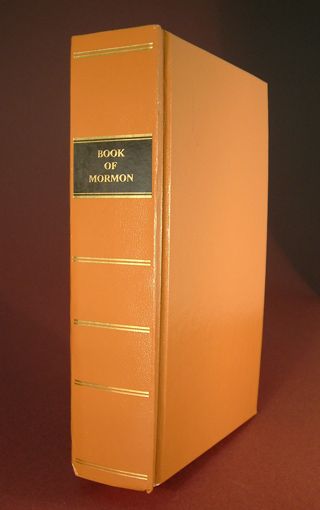 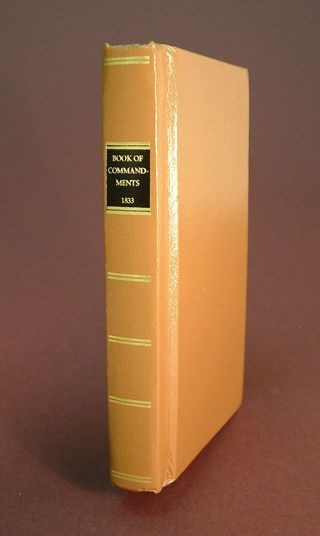 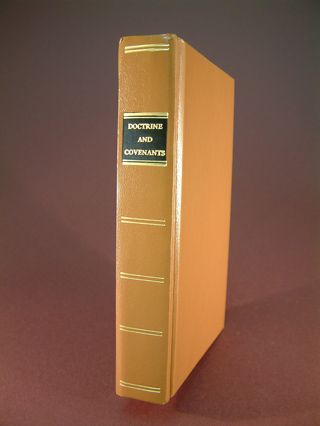 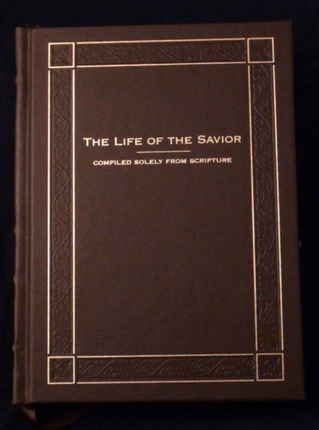 The Life of the Savior : Compiled Solely From Scripture (Leatherbound) 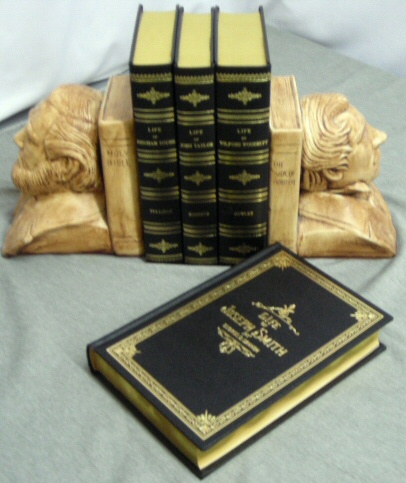 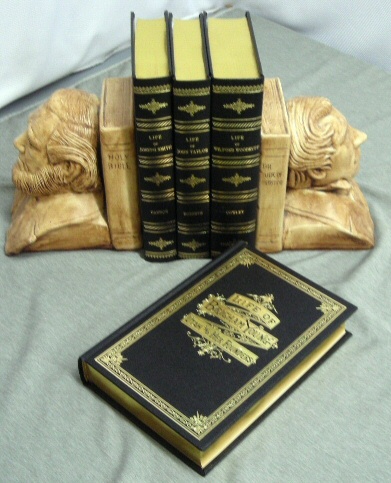 LIFE OF BRIGHAM YOUNG - 1ST EDTION REPLICA - Or, Utah and her founders 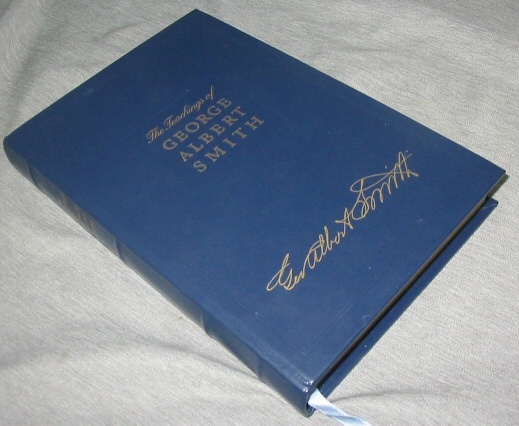