Brand new hardcover book! ; The Joseph Smith Papers Project is a collection of primary Joseph Smith documents that is invaluable to American history scholars, Mormon history scholars, and of importance to members of The Church of Jesus Christ of Latter-day Saints. Histories, Volume 2: Assigned Historical Writings, 18311847 is the latest volume in the series and covers histories assigned, but not overseen, by Joseph Smith.

While Volume 1 contains histories written, dictated, or supervised by Joseph Smith, he also assigned several associates, including John Whitmer, William W. Phelps, John Corrill, and Edward Partridge, to write church histories. Their writingsvivid, personal, and sometimes surprisingare found in this second volume of the Histories series, which provides a rich, multifaceted view of the early years of the Latter-day Saint movement, particularly the Missouri Mormon War of 1838.

Two of the histories found in Histories, Volume 2 were originally published in Latter-day Saint newspapers: William W. Phelpss Rise and Progress of the Church of Christ and the Times and Seasons series A History, of the Persecution, of the Church of Jesus Christ, of Latter Day Saints in Missouri.

Whitmer and Corrill both left the church before finishing their histories. Most of Whitmers history was composed in the words of a faithful Latter-day Saint, but Whitmer wrote the final three chapters of his history after his 1838 excommunication, and the manuscript closes in a critical tone.

After Whitmer declined to turn over his history in 1838, Joseph Smith assigned Corrill as a church historian. Within a few months, Corrill also distanced himself from the Saints. The history he published became personal as well as institutional, laying out the reasons of the author for leaving the church.

Like Whitmers history, Corrills gives readers a better understanding of the anxieties and difficulties experienced by some early converts to the faith. It also offers a detailed look into the conflicts and dilemmas confronting Joseph Smith and other leaders as they worked to create a unified community of Saints.

The publication of The Joseph Smith Papers two centuries after the birth of the founder of The Church of Jesus Christ of Latter-day Saints opens a window on a life filled with what he called marvelous experience. Despite having received little formal schooling, Joseph Smith left an extensive legacy of letters and other written records which is now being made widely available.

The Joseph Smith Papers series is expected to span about twenty volumes in total. Histories, Volume 2 is the seventh published volume in the project. 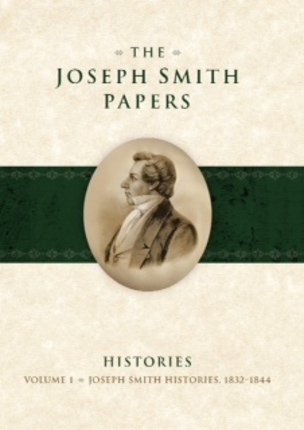